PaxJonesInspiring Stories from around the world!
More
Home Unfair and Lovely – The Struggles of dark skinned women.

Unfair and Lovely – The Struggles of dark skinned women.

#Unfairandlovely – The hashtag that has made headlines. 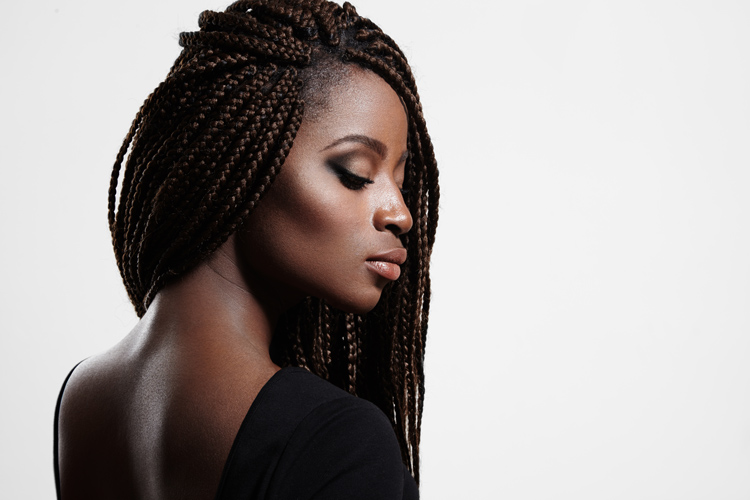 The #unfairandlovely campaign kicked off in 2016 when this anti-colorism online campaign created a buzz all over. It was started by the 21-year-old University of Texas student, Pax Jones, who did a photoshoot project which took social media by storm. It was an instant hit on Facebook, Twitter, and Instagram, and several people posted pictures on various social media platforms in support, along with the hashtag. According to Jones, she created the photo series to break stereotypes revolving around Colorism, representing anyone with dark skin. The project featured two South Asian sisters Mirusha Yogarajah and Yanusha Yogarajah, and some black classmates, giving birth to the viral hashtag #unfairandlovely. 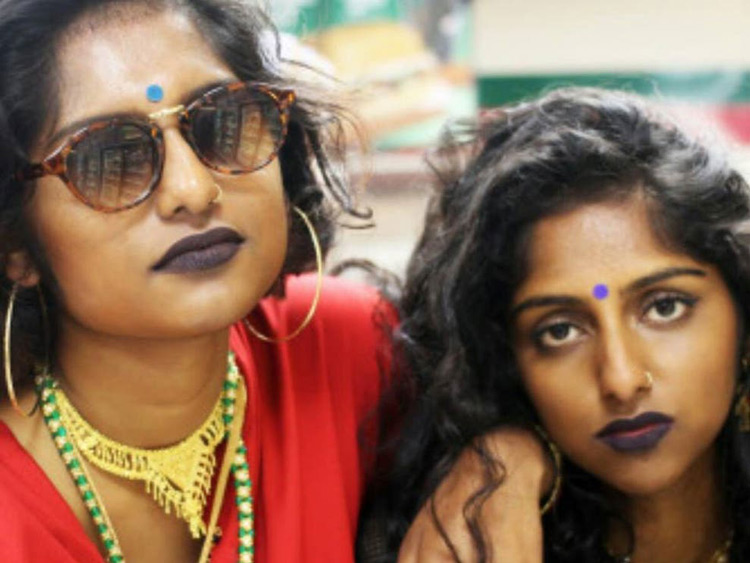 Dark Skin is Beautiful too! 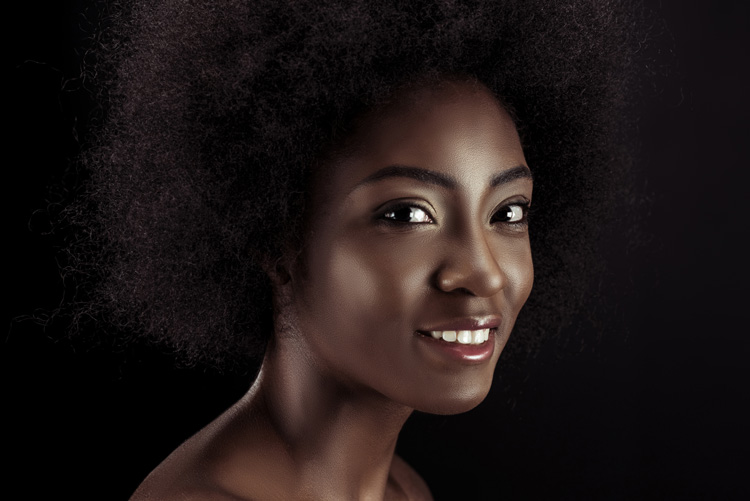 For centuries dark skin has been a widespread stigma globally; it is more of a mindset where people consider lighter-skinned individuals to have the upper hand over their darker-skinned peers.
Though beauty comes in all colors and forms, Colorism is still prevalent in some colored communities worldwide. Even today, many societies idolize lighter skin tones, due to which the skin lightening industry has seen a massive boom in the past decade. Colorism is a social issue; though it is a sensitive topic, it needs to be addressed as a large population of the world still deals with it every day.

Why is the world obsessed with Light Skin? 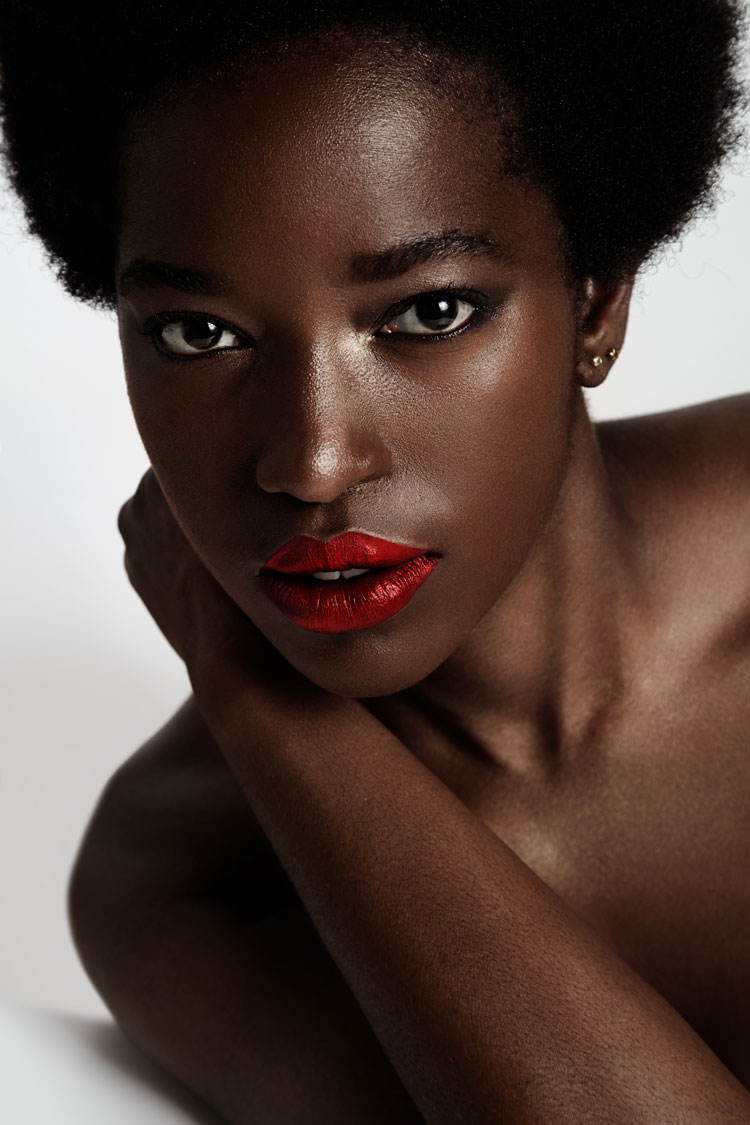 Over the years, numerous non-profit campaigns and influencers have emerged globally, trying to battle the Colorism bias, including the Beautywell project, the colored girl, and Asia Jackson, as a few prominent names.
Every now and then, magazines, social media feeds, and television screens are bombarded with ads insinuating that if you are dark-skinned, you are the unluckiest person on this planet, and the consequences would be a loveless life. These ads show in their ads that you will get successful if you are fair skinned.

Though the global obsession with light skin results from century-long colonialism, the monetization occurred years later. Research indicates that by 2020 skin-bleaching products held a whopping $20 billion industry, with women of color being the primary consumers.
In November 2019, the Beautywell project, in collaboration with the Sierra Club, filed a petition with over 23,000 signatures against Amazon to stop selling skin-lightening products containing Mercury in toxic levels. The idea behind it was to inhibit the promotion of racist beauty standards.

Though In the United States, the prejudice against color goes back to the slavery of black Americans, to date, lighter-skinned people seem to receive more perks and privileges. They are considered more aesthetically appealing and more competent compared to their darker-skinned counterparts.

The beauty industry makes little to no products for darker women. However, it was a huge relief for women of color when Rihanna became the pioneer of making products for darker skin tones when she released 40 shades in her Fenty Beauty Pro Filt’r foundation product line. However, the cosmetic industry is still saturated when it comes to the inclusion of other skin tones.

Their ads and marketing campaigns insinuate the mantra that ‘white’ is better, showcasing dark skin like a disease that women need to get rid of and embrace the light skin tone to look more attractive.

Colorism is when lighter skin tones receive preference over darker skin. It also includes discrimination against a particular group or perceiving someone as inferior, or putting them down because of their color. An American novelist, Alice Walker, coined the term when she published her book ‘the Color Purple’ in 1982.
Though Colorism is slightly different from racism, it does find its roots back to it. Colourism also dates back to the enslavement of people based on their color. The lighter skin tones received better treatment, while the Black people were taken into slavery. Another prejudice that these dark-skinned individuals had to experience was the “paper bag test.” The check was conducted to identify people who were darker than the brown paper bag, who were then forbidden to enter the Church, parties, and nightclubs.
Numerous campaigns have emerged over the years trying to battle Colorism, a few of which are the ever-popular Dark is beautiful, which later emerged as the #unfairandlovely.

The Struggles of dark-skinned women 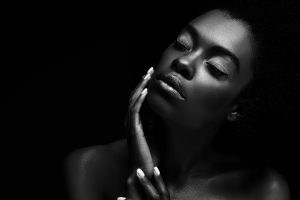 Dark-skinned women have been dealing with this stigma for centuries and the associated struggles in their daily lives. Let’s see some situations where women experienced prejudice due to their skin color.

Studies have correlated low self-esteem and mental health issues such as depression with dark skin discrimination. In the past, ‘dark skin’ was considered a bad thing, labeling browner people as dirty, inferior, or illiterate.

The Vogue issue of 2011 altered Rihanna’s cover photo to appear lighter. While in 2012, L’Oreal Paris was called out for editing Beyonce’s skin color in their advertisement. Also, the Bollywood actor Nandita Das recalls, “whenever I play an upper-class character, directors and makeup artists are more concerned that my skin color appears lighter on the screen.”

Dark-skinned women face bullying and name-calling since childhood. One female recalled being called names such as charcoal, ugly, and darkness. Also, dark kids, especially girls, are told to avoid going out in the sun and use sunblock and other creams to protect their skin from getting ‘burnt’ or ‘black.’

Many black women agree that it wasn’t easy for them to find a partner. One recalls, “Since childhood, I saw my friends, even the black ones, preferred to date white girls. It was then I realized that if our community dislikes us, what option do black women have left?”

A University of Kansas study conducted in 2017 concluded that fair-skinned individuals were given preference as a candidate for a job. In the USA, job applicants also noted that mentioning they were black on their applications negatively affected their chances of winning the job. Although it does not happen everywhere, Colorism exists in workplaces, where lighter-skinned peers are offered more benefits or better treatment from their employers than their dark-skinned counterparts.

The beauty industry appears to have a deep relationship with the entertainment industry. Lighter-skinned Celebrities and actors get more screen time as compared to their dark-skinned colleagues. Besides, off-screen fair models are preferred to endorse brands on billboards and to appear in cosmetic products advertisements.
Above and beyond, black people’s issues and lives do not get the proper representation in movies and unlikely to become the plot of a Hollywood blockbuster.

Though attitudes are changing with time, thanks to the efforts of anti-colorism movements, non-profit campaigners, and the power of social media, women of color are learning to feel confident in their skin and detaching their ‘self-esteem’ with how they look. However, more needs to be done until the world unites that a person’s skin color does not define who they are and what they can achieve. Every skin color, including dark skin, is beautiful too.

If you want to support this movement, please share this post so that more people can be aware about it.

You can help us in inspiring someone by sharing this post on your Social Media.