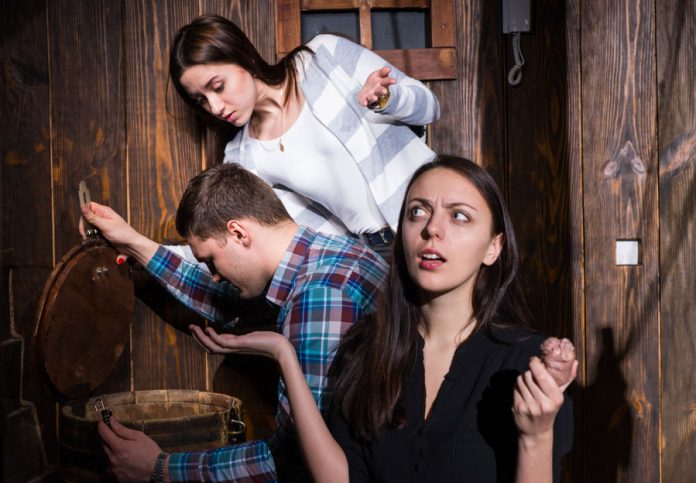 Escape Rooms are exciting, interactive puzzles that can be a great way to help people work as a team or to just have fun with. However, there are a few important things you should never do when in the escape rooms you attempt to beat.

This seems like a no brainer but some people think that it might be part of the room and decide to touch it anyway. If something has a “do not touch” sticker on it, then you shouldn’t touch it. The game master will never put a sticker like that in there to trick you.

Escape rooms have age and height restrictions in place for a reason. They are for your safety. Do not try to sneak in or give the game master a hard time about it. Just follow the rules given to you.

Some rooms may even tell you what items not to touch beforehand, listen to them and don’t touch them.

You don’t need to climb all over furniture or look in the ceiling. If you do, the gamemaster will likely hint that you do but it is highly unlikely. Being destructive is not only unkind to the gamemaster, but also wastes precious time you could be spending solving the puzzles.

Don’t Use Your Phone

Most of the time, escape rooms won’t let you bring your phone into the game with you anyway. On the off chance that they do, don’t use it. It takes away from the experience of the game.

If you need to use your phone for an emergency, ask the game maker to let you step out into the lobby so that you don’t disrupt the rest of your team.

Don’t Play Under The Influence