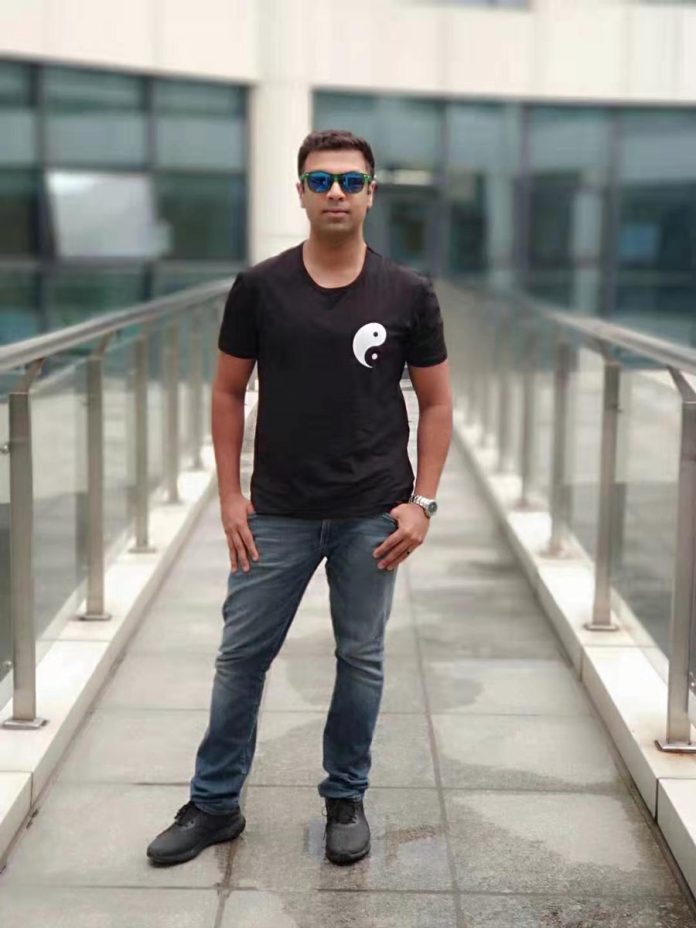 In his late teens and early 20s, Hasan’s sound was influenced by an influx of both Western and Eastern music ideologies as he spent his time traveling between Canada and Pakistan. Hasan started to develop his own sound there while partnering up with many artists that have become at the forefront of the Pakistani electronic music scene in recent years.

In 2014 Hasan traveled to China and spent the next six years DJing in China’s top underground clubs, such as the Mansion & Downtown in Shanghai, Lantern in Beijing, and Deep Roll in Suzhou. Hasan has also performed twice on top of the Great Wall of China at the 2018 and 2019 Yin Yang Music Festival. Hasan’s music has evolved through the course of his journey, and his DJ sets are a tasteful mix of techno and house.

To wrap up 2022, Hasan Ghazi is going to drop a Massive EP Titled ‘Ecstasy‘ on November 25 – Hasan Ghazi returns to Reckoning Records by pushing the boundaries of electronic music with his latest high-energy track that fuses genres & compels the audience to dance. Enter ‘Ecstasy‘! a stunning dance track that is guaranteed to please both the mainstream and the underground crowds with its infectious groove, hypnotic melodies, catchy vocal slices, and killer drums. This release is a must-have for ALL!

Hasan’s love for music started in his early childhood days as he sat for hours mesmerized by his dad’s piano skills. Hasan’s father was a self-taught musician, and his ability to pick up any tune and play it by ear astounded Hasan in his early days. This was a skill Hasan felt he had to master as he grew up. When he was about ten years old, Hasan got a midi keyboard on which he would practice for hours. Hasan didn’t realize the talent he had at that time, but he was soon able to pick up and play most songs by ear, even mastering classical pieces like Beethoven’s Fur Elise.

As Hasan got older, he got introduced to the world of midi music in high school, and this was an instant love for him, as the merger of computers and music were both his favorite subjects. He would spend hours messing around with the primitive Cubase software. Eventually, Hasan was introduced to the world of electronic music when he attended his first rave hosted by the legendary Armin Van Buuren. This was a completely life-changing experience for him, and from this moment on, Hasan knew that this was the type of music he wanted to make. As the years passed, Hasan kept working on his productions but also started to learn how to DJ on the side. 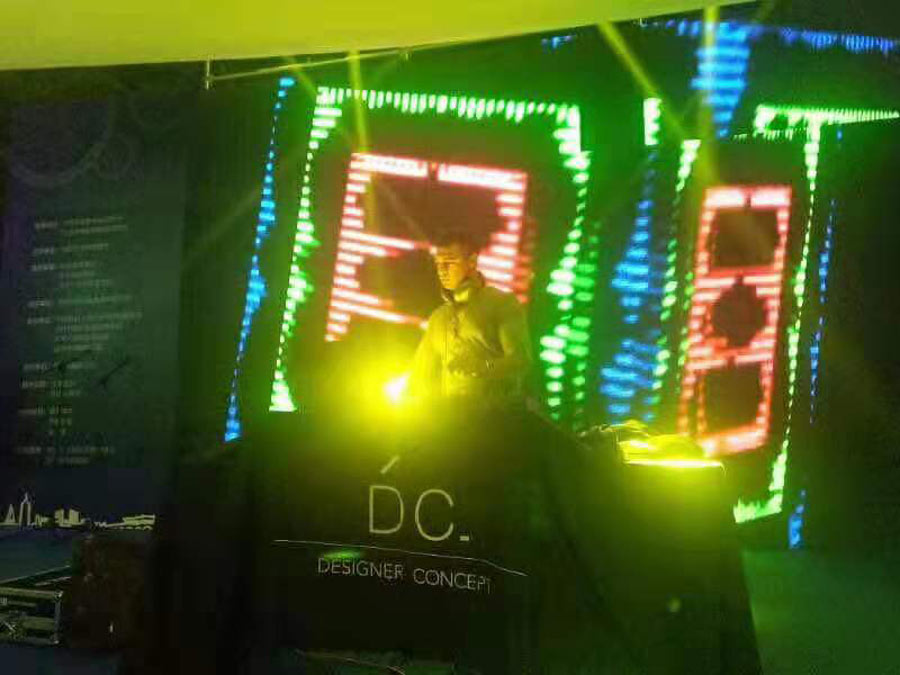 Eventually, Hasan ended up in China around 2014. He soon connected with the local underground electronic music scene there and, after a few demos, started DJing in some of the coolest underground venues, such as the legendary Mansion in Shanghai. Over the next 6 years, Hasan became a prominent fixture in the after-hours scene in China, playing at all the major venues in Shanghai and Beijing, including the Great Wall of China, where he DJ’d in 2018 and 2019. It was at this time that Hasan’s sound started to mature, and he got his first official releases on China Pavilion Records and Taiji records. However, with COVID emerging into the scene, Hasan’s plans changed, and he moved back to Canada.

Since nightlife came to an immediate halt after COVID, Hasan used all his free time in an intense immersion in music production, learning all he could about music theory & sound design. From this emerged a new sound that Hasan was proud to call his own, and he released his first track with his new sound named ‘Aydin’ in honor of the emotional journey of being a father. This track was the catalyst that set Hasan on an unprecedented creative journey. Shortly afterward, Hasan decided to start his label called Reckoning Records to allow himself the creative freedom to work on projects he wanted.

Since then, Hasan has released many tracks supported by major A-listers like Paul Van Dyk, Giuseppe Ottaviani, Nicole Moudaber & Marco Carola, to name a few. With no end in sight, Hasan is on a mission to put a smile on every listener’s face with his infectious grooves and uplifting melodies.

Hasan’s latest EP is ‘Ecstasy‘ and will be released worldwide on November 25, ’22. Not one to stick to traditional genres, Hasan pushes the boundaries of electronic music with his latest high-energy track that fuses genres & compels the audience to dance. Taking cues from progressive house, techno, future rave, and melodic house. Hasan has created a high-octane monster with this massive upcoming release, ‘Ecstasy‘! a stunning dance track that is guaranteed to please both the mainstream as well as the underground crowds with its infectious groove, hypnotic melodies, catchy vocal slices, and killer drums.

We had the pleasure of interviewing Hasan Ghazi. Here are the excerpts from the interview.

Hi Hasan, Great to have you with us today! Please share with our readers the strategies that helped you become successful in your journey.

The most important part of being successful for me was just myself and never being afraid to express my vibe. I never cared if I couldn’t dance like others or sound like others. I was happy to do my own thing as long as I was having fun. One of the first things I noticed when I went out partying was that once I started dancing, I soon had a crowd of people trying to copy my moves. This was always interesting to me that people were trying to copy things that I was doing, it always fascinated me and made me giggle on the inside because I was being silly, but people thought I was doing some really cool intricate dance moves.

The other most important part was never giving up and not being afraid of failure. I’ve failed more times in my life than I can count, but it was through all my failures that I learned all of the ways that don’t work, and what remains, in the end, is everything that does work. So, be humble and understand that persistence is the key to success. 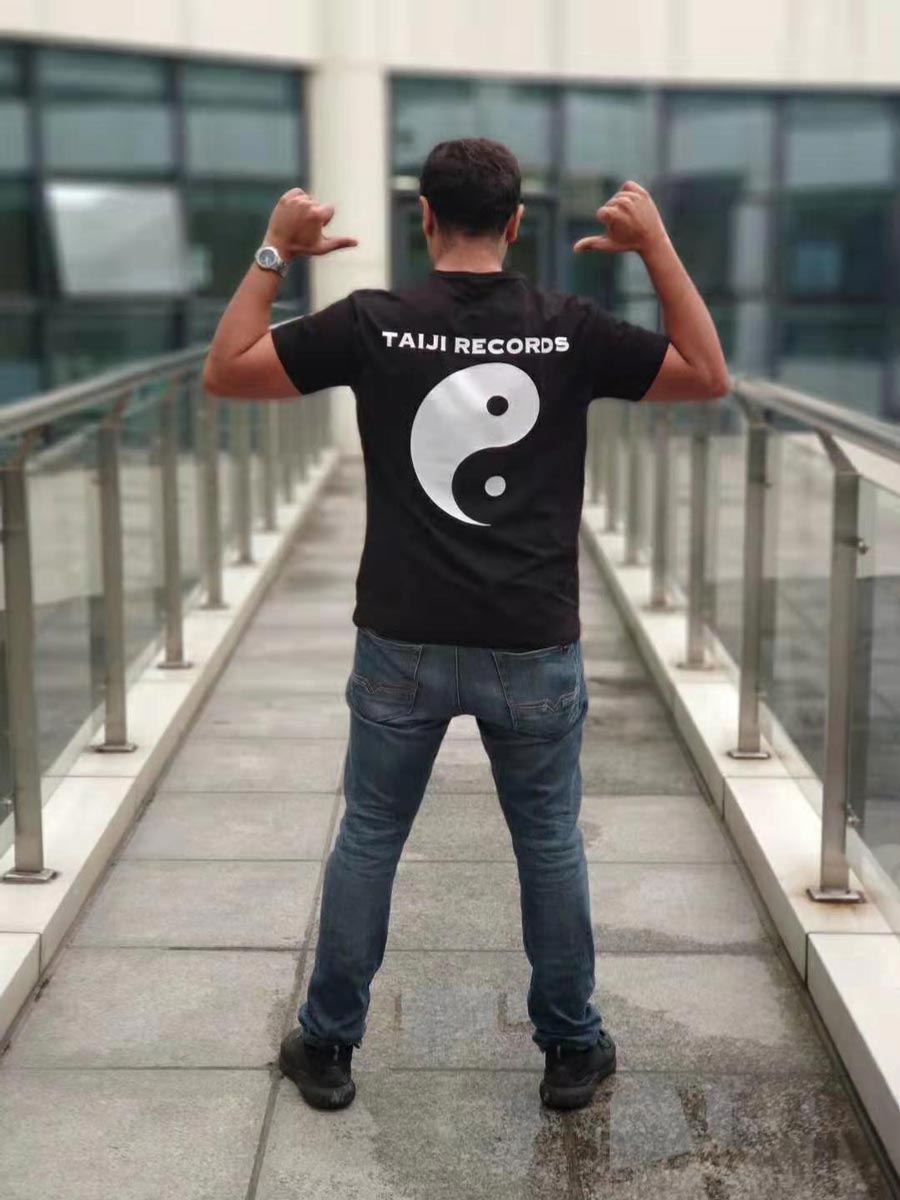 Don’t be afraid to dream because without dreams. We have nothing to live for.

Thank you so much, Hasan, for giving us your precious time! We wish you all the best for your journey ahead!