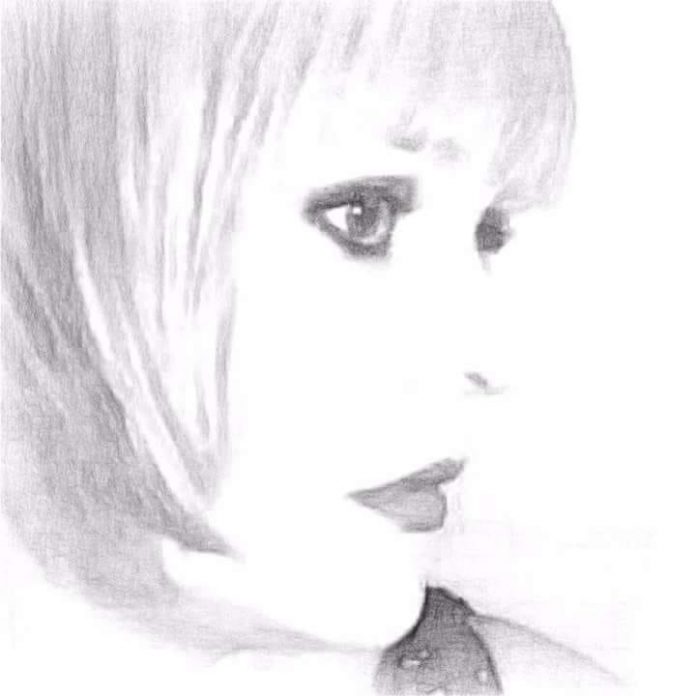 Last year Valkyrie Kerry modeled as ‘The Empress of Horror’ for Tiger Shark Magazine. This was the least of her achievements. The artiste, already known for her extensive articles and books about bipolar illness (Voices Ireland, Moods Magazine, etc.), felt that she had covered enough grounds in other areas and wanted to specialize in her first love, horror.

Over the course of a year, Valkyrie produced multiple works in the field, including The Horrotica Chapbooks; Mariposa, Borboleta, Farfalla, Papillon, Schmetterling, Butterfly and Feilacan and The Horrotica Collection; Horrorebus and Twisted Tales. Many individual pieces were also published by various horror journals. Several books made both the bestsellers lists and the top ten of the UK Chapbook Charts.

Ultimate Horrotica is a massive compilation of all of the Horrotica works. The book is over 500 pages and contains a wealth of short stories told in a variety of forms and spanning the genre.

Today Valkyrie discusses her horror and horror as an influence with us.

Can you tell us which sub-genres Ultimate Horrotica covers?

Ultimate Horrotica is both an ode to traditional horror and a comment on human horror. It contains multiple short stories and includes traditional tales such as those depicting zombies, vampires, ghosts, werewolves, slashers, and other mythical creatures. In parts, their origins and lore are offered homage, and the tales are true to their origins. In other parts, I have taken an idea and altered it. For example, I have rewritten Poe’s The Raven as a short and amusing tale about crows. The history of Lilith, a character omitted from The Bible, is depicted in both Vrykolakos and Lilith. Tallboy, derived from the name Larry Talbot recreates the werewolf legend.

I also examine modern human horrors on a personal and social level. The Cyber Bully is constructed entirely from text talk and shows the rapid progression and destruction caused by online bullying. Other tales examine failed cult mentalities, abuses, and addictions in the human world. As a steppingstone, Words Overheard in the Underworld discusses the greatest horror, and that is, of course man. There are also some psychological horrors, such as Pride and Anomaly.

It is a story of shifting perspectives and is written as a short story told by two characters. The first is a professor who identifies a new form of schizophrenia, which he dubs ‘Chronosphrenia’ because the patients claim to be able to travel through time across their genetic lines. The professor states that the patients are actually experiencing a form of delusion.

The second narrator is a patient trying to convince her therapist that she has this condition and can travel through time. She is speaking as her younger self, or at least that is what she believes, and for the most part, the reader decides who is telling the truth. The story changes very subtly, and it is up to the reader to locate the change through a one-word fact. This fact is given at the very end of an obituary. That single word changes the entire perspective of the tale. It reveals some quite horrific information about one of the characters.

You do seem to play with structure a great deal in your writing. 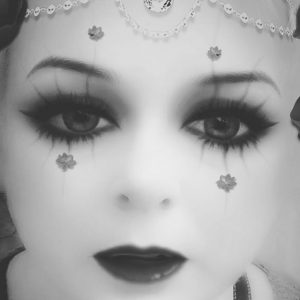 I use poetry a great deal, and I use many different styles because meaning and the art of writing can appear within the structure. I also like to experiment with styles and to play with words so that hidden meanings are injected into the story. This encourages the reader to look again and solve the puzzle. Of course, communication is a two-way process, and the reader has the ability to form a new interpretation. The Horrotica chapbooks must contain at least fifty different styles of writing, perhaps more. I see writing as an art form, and rather than stick to someone else’s rigid idea of storytelling, I like to mix my own colors and create my own paper.

The chapbooks are based on the Feilecan sestinas, which connect to create one poem. That is a 36-verse rhyming sestina with 6 rhyming tercets. Isn’t that one of the most complex poems ever written?

The sestina is certainly not the most popular structural form because it is complex. I like to push boundaries, take an idea, and extend it as far as possible. Feilecan is a very downbeat tale and the basis of the titles of all of the chapbooks, butterfly. She is a vampire with the appearance of a human butterfly. She struggles with transition, rejection, and isolation until she comes across a mortal man who is equally isolated. It is a devastating tale of betrayal, and the end is both visceral and sad.

Some of your visceral tales have been deemed very gory. Didn’t Underground Poetry define Entranced Malice as ‘Extreme?’

Entranced Malice combines horror and erotica in the worst possible way. A demon seduces a mortal woman with the intention of causing great suffering and trapping her eternally in hell. Initially, I planned the seduction as a simple and benign erotic scene, but whilst writing, I thought that the demon, with his power of hypnosis, could go a step beyond. Rather than stripping his victim of her clothes, why not have him strip her skin. It is a slow seduction whereby the victim has a delayed reaction to pain due to the euphoric spell shrouding her. The pain comes when she realizes what has actually occurred, and thereafter the horror takes over. Underground Poetry did class it as ‘Extreme,’ but other publishers just refused to accept it because of the content.

Oasis is extremely graphic, but the reality of it is also questionable. Does the ghost seduce the woman or is it part of her personal and physical fantasy (to be tactful). Again, this depends not only on my storytelling but on the message received by the reader.

Sting has a very clear message in which the woman seems to be punished for her sexuality.

Not punished, no. Sting can be read on two very different levels. It can be read for what it is; the story of a predatory monster who impregnates his mate with a collection of less than human spawn. Alternatively, it could be seen as a reflection of social attitudes towards single mothers and female sexuality. In Sting, I reversed the notion of the monstrous female found in the science fiction genre (Aliens and The Thing) and replaced her with a monstrous male.

One of the biggest structural differences between the science-fiction and horror genre appears in the nature of the antagonist. Science-fiction antagonists are concerned with reproduction and taking over man from within, and so are deemed female. In horror, the male monster is serving a basic instinct or need, and the female heroine or’ final girl’ as she is better known is torn between her desire for the monster and society’s morals.

In Sting, the monstrous male feeds his basic sexual needs whilst impregnating his mate. The graphic horror comes from what happens to the mate’s body and social standing as the alien creatures grow inside of her.

There appears to be an underlying and sometimes even a blatant comment on society in most of your stories. Is that intentional?

Intentional? Maybe. Unavoidable? Definitely. I started writing fiction as a method of coping with the extreme emotions caused by bipolar illness. People who have bipolar also have triggers. Injustices or social upsets that cause deep-seated emotions to bubble. Rather than feed those demons, I purged them in the form of words. There are several historical and social references to highlight the horrors of the human condition. With regards to the monsters, a lot of folklore developed as a remedy or preventative warning that certain behaviors have consequences. Those consequences are seldom fair or reasonable, and yet they exist. Good Owl’s Court is one such story. It examines the consequences of victim blaming using the style of a fable.

Some of your poems seem to be written just to get under the skin.

That is horror in its simplest form. There are some experiences that we all share, but no one particularly likes. Injections are one example. If you think about the film Halloween 2, Michael Myers stabs and slashes his way through the film and even boils a woman’s head, but the death people tend to cringe at is the needle injected just behind the eye. It’s relatable, it’s a shared experience. Eyes, teeth, and needles tend to provoke a reaction that sets people’s teeth on edge. It is effective, and it is understood. Once Upon an Eyeball, which was featured in Grotesque, plays entirely on this premise. Horrible physical experiences, horror at its most basic and sometimes most effective level.

Stockholm is based on the psychological phenomenon The Stockholm Syndrome in which captives form an attachment to their captors. This arises in a few of your stories. Is this particular to your Horrotica brand?

It is a large part of the brand. It takes the horror idea that we discussed earlier, whereby the final girl chooses morals over her dark desires relating to the antagonist and turns it around. In these tales, the final girl elects to stay with the captor as opposed to developing as a member of society. In short, evil wins and wins outright. Good is converted to evil, and an imbalance is created. It is a beautifully seductive twist to the traditional horror story.

I understand that you are now working on the first of the Horrotica novels and that these novels are based on the above premise?

Ad Sex Speculum is the first of the trilogy and takes the traditional horror creatures and identifies them as Immortalis, a form of a demon. The premise is heavily based on supernatural folklore and the occult but offers an alternative outcome. The notion of human sacrifice is not new, and it appears in many historical cultures. However, in Ad Sex Speculum, the sacrifices choose their fate. They are driven by the deadly sins and basic needs, but ultimately, they choose. There are seven different strands that slowly come together. It is an epic horror, and it is overtly graphic in terms of both horror and erotica.

Do you think it is unusual for women to write such graphic horror? 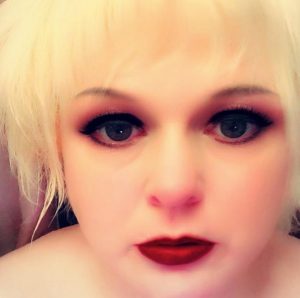 I believe so. I love Anne Rice, and The Vampire Lestat is one of the best books that I have ever read. None the less there is a tendency unique to female authors to turn the antagonist into a sympathetic character. Louis tells a very different story to Lestat, and Lestat is almost justifying his behavior and, in doing so, turns himself from villain to hero. My antagonists are the heroes because the antagonist is the hero in horror. Audiences go to the cinema to see Jason, Michael, and Freddy, not the final girl and definitely not the highly irrelevant male protagonist. My antagonists are evil, they shall remain evil, and I intend to still get the audience to identify with them and root for them.

Are the graphic horror scenes as extreme as those found in Entranced Malice? 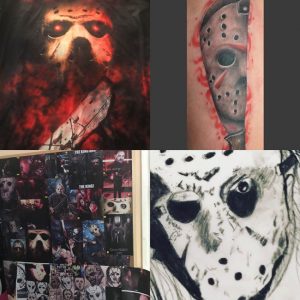 I would say more so. The plot is fast-moving, lengthy, complex, and hits all of the right buttons. The character dynamics enhance the erotica, and the horror scenes are merciless, to say the least. I don’t want to say too much about the novels yet because the first is still a work in progress.

We wish you luck with that and thank you for your time.