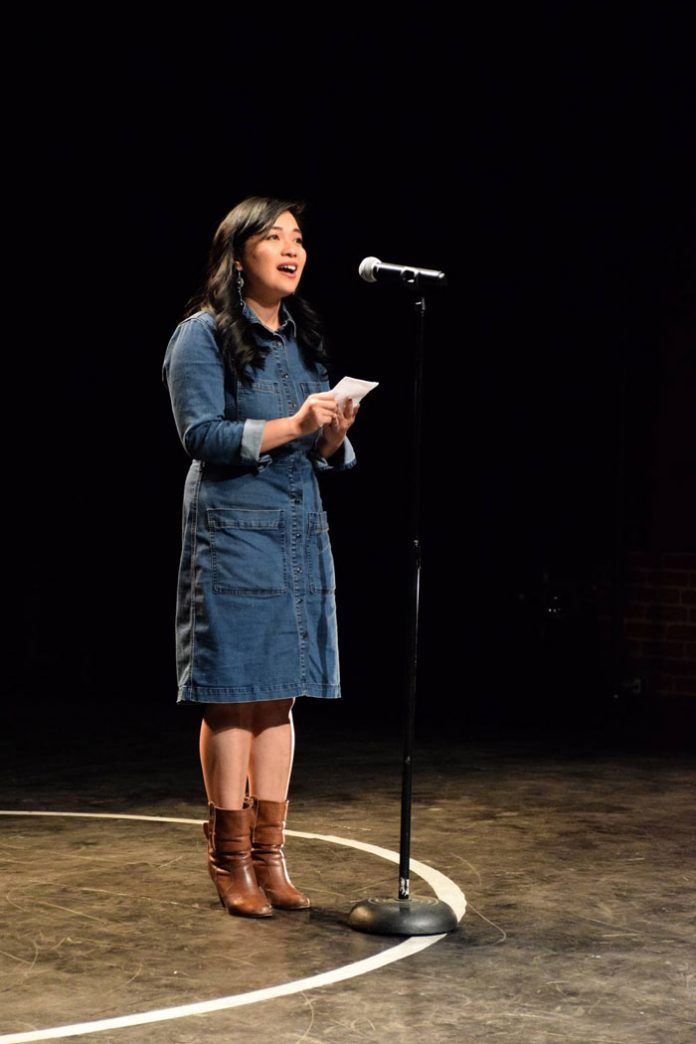 Today, we are interviewing Giovannie Espiritu, an Actress, Filmmaker, Writer, and Acting Coach.

Her primetime credits include a recurring role on ER (NBC), Bones (FOX), Gilmore Girls (ABC), and Trauma (NBC). She can currently be seen as the lead in the Amazon series, “Dyke Central,” which was featured in After Ellen, BuzzFeed, Bust Magazine, and Curve Magazine as a top LGBTQ series to watch.

As a filmmaker, she was featured in Elizabeth Banks’ WhoHaHa Media for her parody song, “An Introvert’s World,” and her storytelling has been featured in Ms. Magazine. A three-time Outfest Fusion Filmmaker, her short film, “Ultra-Feminist,” was awarded Honorable Mention. Her film, “Ally3000,” just won Best Screenplay at the Culture and Diversity Film Festival and picked up three more awards in the Best Shorts Film Competition.

She coaches kids/teens online nationwide through HollywoodActorsWorkshop.com and was just named as one of the top 40 Audition Coaches in Los Angeles by the Hollywood Winners Circle, founded by Wendy Alane Wright, a top talent manager. Her students are represented by the top agencies in the Bay Area, and Los Angeles and notable student alumni include William Lipton (Daytime Emmy Nominee, Cameron on General Hospital) and the Espina Sisters (Hosts of Dreamworks’ “Life Hacks for Kids on the Road”).

In her spare time, she rock climbs and advocates for Domestic Violence Awareness/Prevention and LGBTQ equality. She has served on the Board of Directors for C.O.R.A. (a Bay Area domestic violence hotline and agency) and been awarded a Certificate of Recognition from the Senate for her community service.

Let’s hear about her amazing journey…

How did you get into what you do right now? Please tell us more about your journey.

I got into acting as a fluke. I was in a fundamentalist Christian cult as a teenager. I used to love talking to telemarketers as my link to the outside world. One of them suggested I get into voice-overs. I sent a dinky recording to the most prominent agency I could find – Stars Agency in SF. They called me in, signed me, sent me on my first audition, and I ended up booking it and recording the same day. That was my foray into the business. Filmmaking came later. 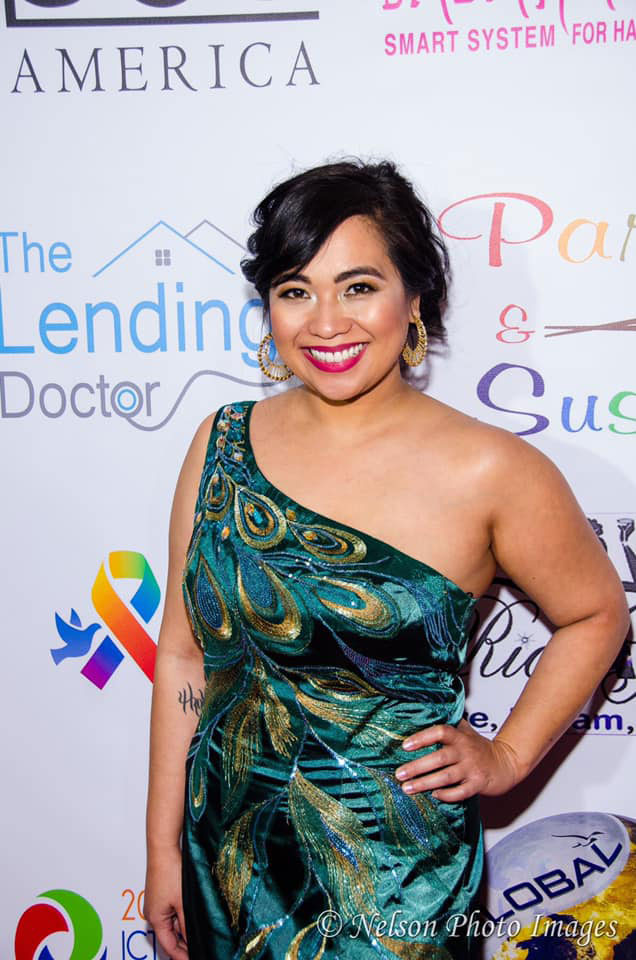 My kiddo is my inspiration to build a more empathetic world through storytelling. 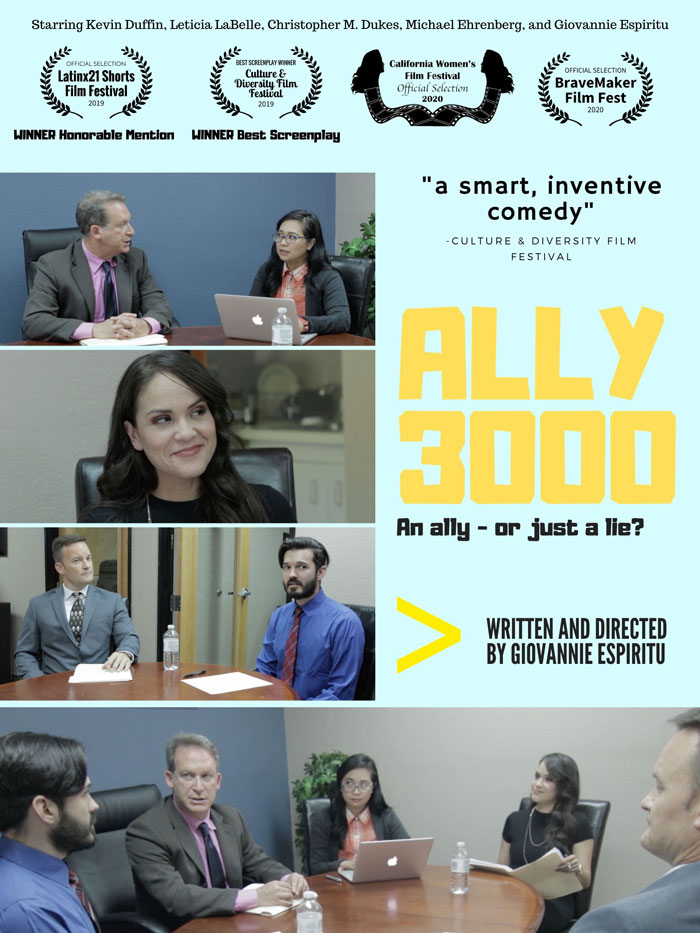 Ally 3000 seems like it is a very timely short… it’s about a CEO at a tech firm who has to make a decision about a product that alleviates white guilt and highlights micro-aggressions that women of color go through in a corporate setting.

What’s your most memorable experience?

When I booked my first role on ER, I went back to the Philippines as part of my uncle’s wedding, and the major of the Manila gave me a key to the city and threw a parade. My family comes from the poorest part of the Philippines – a shantytown called Tondo… and it was a big deal for one of their own to “make it” in the business. I thought it was funny because my first role wasn’t “making it” at all – it was just the very beginning of my journey.

Because this business is relationship dependent, I find that Facebook has been the best way to keep in touch with friends in the industry, and Instagram has been a better way to keep in contact with fans. I’m still a wee bit wary of social media and data-collecting, but I’m getting better at it. I hate networking in person (I’m an introvert), so social media helps me with my social anxiety since I can plan out what to say before it tumbles out of my mouth. 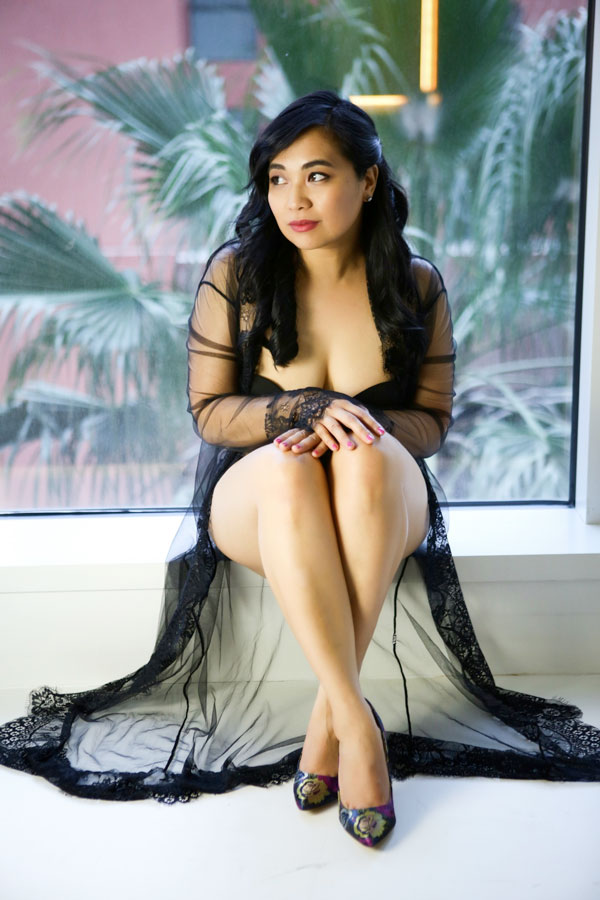 I feel like I’ve been through so much turmoil in the early part of my life that I don’t like o think about fears anymore. The fundamentalist cult I was in kept me scared all the time… so I don’t like returning to that mindset.

Looking back, what’s one thing you wish you understood better before you ever got started?

Sometimes I wish I knew how hard this industry was, especially for women, and particularly women of color… but I think that the naivety served me well. I just kept going and never stopped… honestly because this is all I know how to do, and I have a kid that I have to provide for. 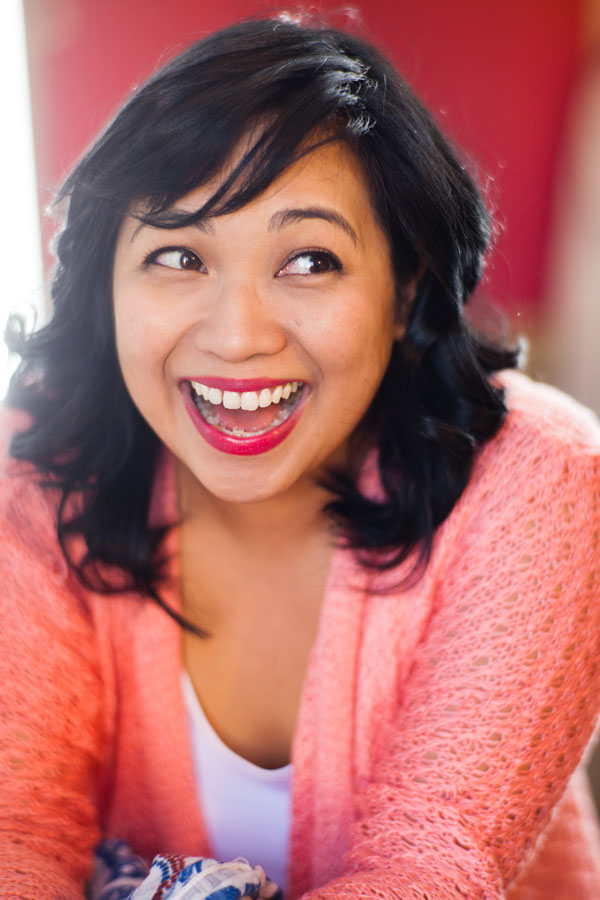 I believe in always learning and constant and never-ending improvement. I am always striving for excellence in whatever I do… but also, I allow myself to fail and learn from my mistakes and give myself grace throughout the learning process.

What keeps you going when things get tough?

I have a saying that has gotten me through really tough times, “But the great thing is…” and then I fill in the blank. It helps me think about the positive aspects of any situation. 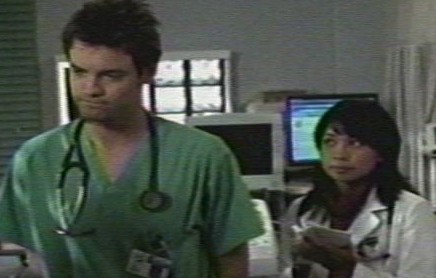 Follow your bliss. There is a unique thing that you were meant to do on this earth. We are meant to be more than just a cog in the machine… unless, of course, being a cog makes you happy.

How can people connect with you?

For kids teens and adults that want to learn to act, people can reach me through my teaching website hollywoodactorsworkshop.com.

To learn about me as a filmmaker, writer, and actress, go to giovannieespiritu.com.